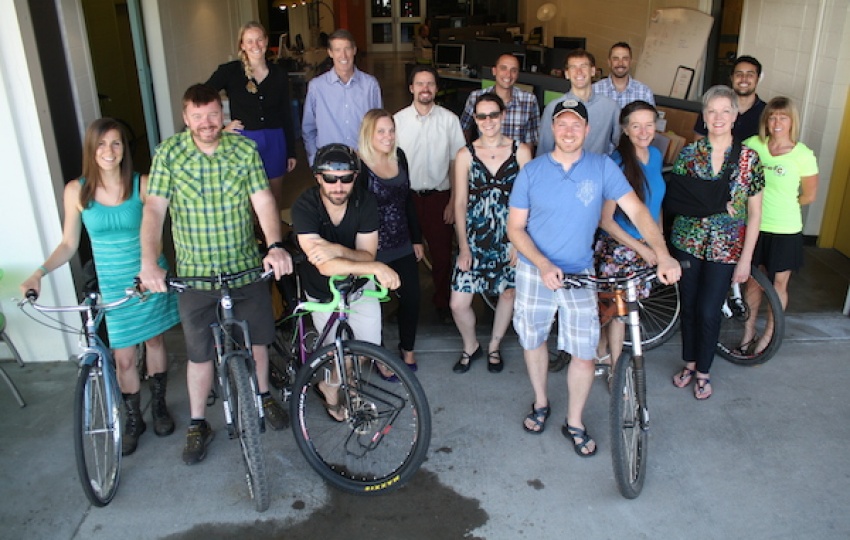 This week employees of Ballantine Communications gathered to participate in Durango’s Clean Commute Week and the Business Commuter Challenge. Employees commuted by walking, bike riding, taking the bus/trolley, and carpooling while competing against other local businesses. 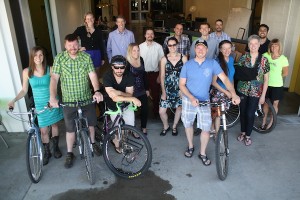 Brittany Cupp, the Challenge Team Leader and BCI’s Digital Marketing Manager, said, “It was pretty simple creating a team at BCI because we have so many employees who commute on a regular basis”.

With company headquarters in downtown Durango, it’s simple for employees to commute from home or hit downtown for lunch and errands. With 40% of all car trips less than 2 miles long, the challenged showed that a 15 minute bike ride is worth the effort. Also biking just one day a week for a year can save as much as 1,200 vehicle miles — and up to $567 in driving costs! For more information on the Durango Bike to Work day, watch a video by 4cornerstv.com, here.

The Challenge was concluded on Bike to Work Day, but the team has yet to be informed if they’ve won the Business Commuter Challenge award. For this group it’s all about getting outside and enjoying the Durango community via commuting. 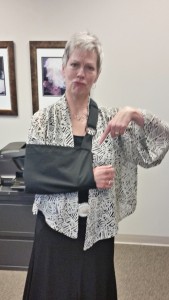 **Honorable mention to Suzanne Harrison, VP of Sales for the Directory Plus branch, as she rode her bike from the Animas Valley to town, over 20 miles 1 way for the Commuter Challenge. She unfortunately took a spill on the way home and broke her collarbone, but kept up her spirits and continued walking through the challenge.